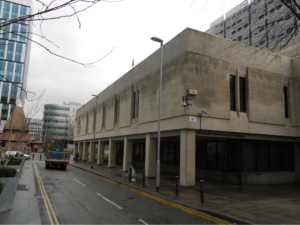 On the 14th of December in Manchester Crown Court. A midwife, Grace Adeleye, was found guilty by a jury of the manslaughter, by gross negligence, of Goodluck Caubergs, a four week old baby boy who died the day after she circumcised him.

The deaths that occur following circumcision are the high profile repercussions of a practice that in all cases (where intervention is not based on medical imperatives) leaves the child’s health compromised.

We call upon the Government to implement the U.N. Convention on The Rights of The Child article 24.3

States Parties shall take all effective and appropriate measures with a view to abolishing traditional practices prejudicial to the health of children.

In an age when children’s rights are increasingly recognised, the law should protect all children equally regardless of gender, ethnicity or parental belief. The Female Genital Mutilation Act 2003 discriminates against males and children with atypical genitals by offering them protection inferior to that afforded to females. This neglect of male and intersex children’s rights is particularly striking in the light of The Tattooing of Minors Act 1969, which set an encouragingly low threshold concerning the permanent alteration of a child’s body. It is hard to see how the ablation of a healthy child’s foreskin is in any way less damaging than the deliberate scarification or tattooing of a child. One is led to wonder why the rights of male and intersex children continue to be overlooked. Why is the inevitable harm of non-therapeutic circumcision, and the avoidable deaths which sometimes result, still being tolerated by society?

This entry was posted in Uncategorized. Bookmark the permalink.