The Council of Europe, of which the UK is one of 47 states, took an enlightened move by passing a resolution that children have a right to physical integrity. The resolution sets out a comprehensive regime of protection for children, paragraph 2 states that;

The Parliamentary Assembly is particularly worried about a category of violation of the physical integrity of children, which supporters of the procedures tend to present as beneficial to the children themselves despite clear evidence to the contrary. This includes, amongst others, female genital mutilation, the circumcision of young boys for religious reasons, early childhood medical interventions in the case of intersexual children and the submission to or coercion of children into piercings, tattoos or plastic surgery.

Marlene Rupprecht, MdB (right) led the debate and has steered this resolution and recommendation through the Council. It is to be hoped that all member states take this resolution into their own policy making and seek to promote the human rights of children as being of paramount importance. 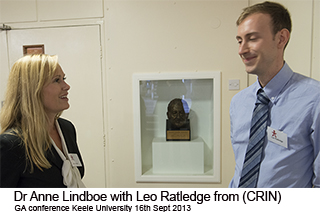 At a meeting hosted in Oslo by the Norwegian children’s ombudsman Dr Anne Lindboe, the children’s ombudsmen for the Nordic countries (Denmark, Finland, Iceland, Norway, Sweden and the spokesperson for Greenland) met the paediatric surgeons and paediatricians from the five countries on the 30th of September and resolved to work with their respective governments to achieve a ban on the non-therapeutic circumcision of male minors. It is to be hoped that this encouraging initiative will spread rapidly to those responsible for  the welfare and safety of children in other countries.

Circumcision without a medical indication on a person unable to provide informed consent conflicts with basic principles of medical ethics, particularly because the operation is irreversible, painful and may cause serious complications. There are no health-related reasons to circumcise young boys in the Nordic countries. Arguments that may argue in favour of circumcision in adult men are of little relevance to children in the Nordic area. Boys can make up their own minds about the operation when they get old enough to provide informed consent.

The full translation of the resolution is available on the Child Rights International Network (CRIN) web site.

This entry was posted in Human rights. Bookmark the permalink.